There’s always a sense of mystery and intrigue when it comes to archaeological sites, and Glanum is no exception.

Ancient archaeological sites, such as Glanum, set the scene for the imagination to run wild with numerous questions regarding who had once lived before and how they lived? Ancient relics and ruins piece together the puzzles of history frozen in time.

One kilometer south of Saint Remy de Provence, France, lies the Roman city of Glanum, one of the oldest and largest archaeological sites in Europe. This well-preserved sanctuary offers an interesting perspective of the site as a whole as it once was thousands of years ago. The revelation of these amazing ruins was discovered and excavated by archaeologists in 1921. 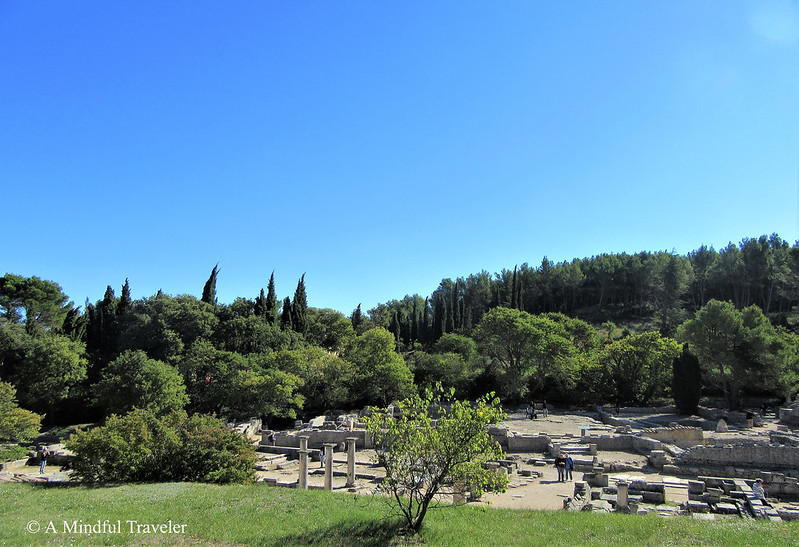 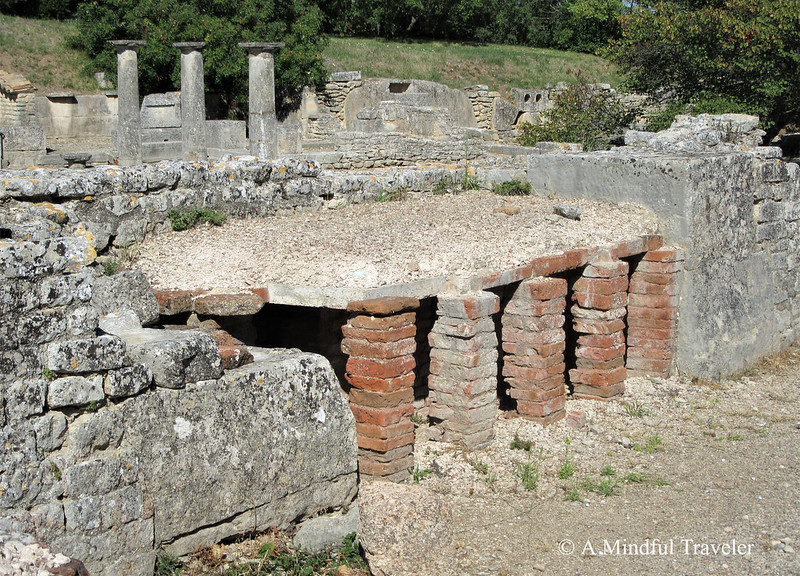 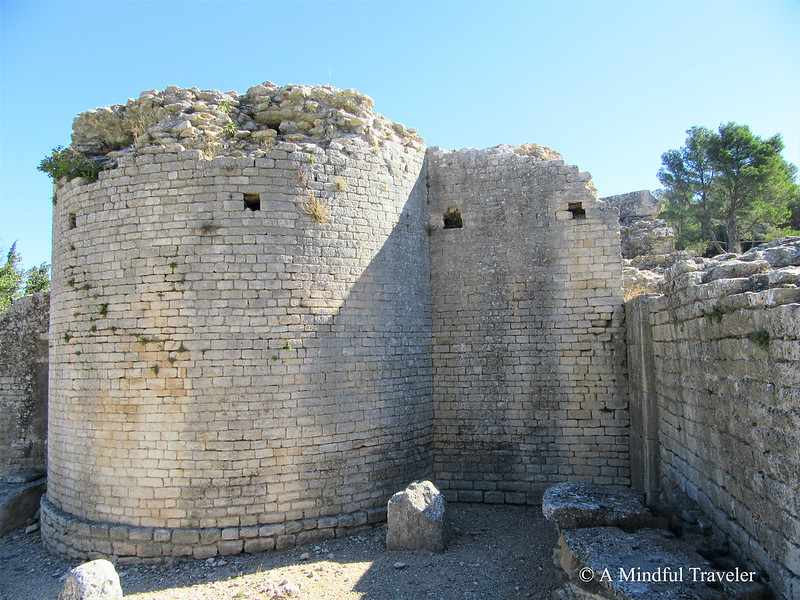 Early history states the first inhabitants were Gallic tribes from the 6th and 7th centuries B.C, who settled in this valley among the Alpilles mountain range, near an important spring that was used since prehistoric times.

These Gallic tribes motivated by religion, named the town Glan, after a Celtic God. The Gallic oppidum* was built around a sacred spring, which they believed had healing powers. 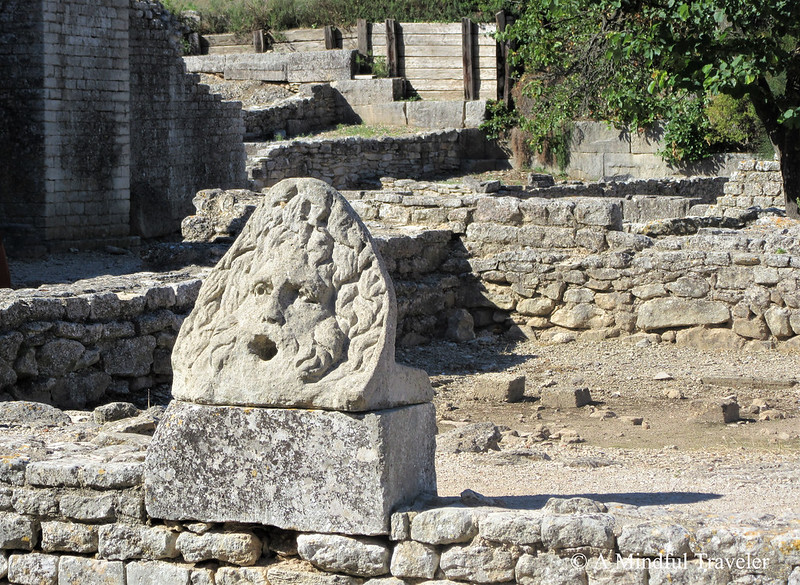 By the 2nd and 1st Centuries the Greeks (Phocaeans) who had approached inland from Marseille inflicted Hellenistic style and in return brought wealth to the city. Not long after under Augustus’s rule, the Romans took over the thriving city and Glanon became Glanum during the first century B.C. when it became a Roman colony.

Under Roman rule, the city prospered and saw new buildings. A forum, assorted thermal baths, temples, and a basilica; all of them architecturally organised on either side of a broad residential avenue. 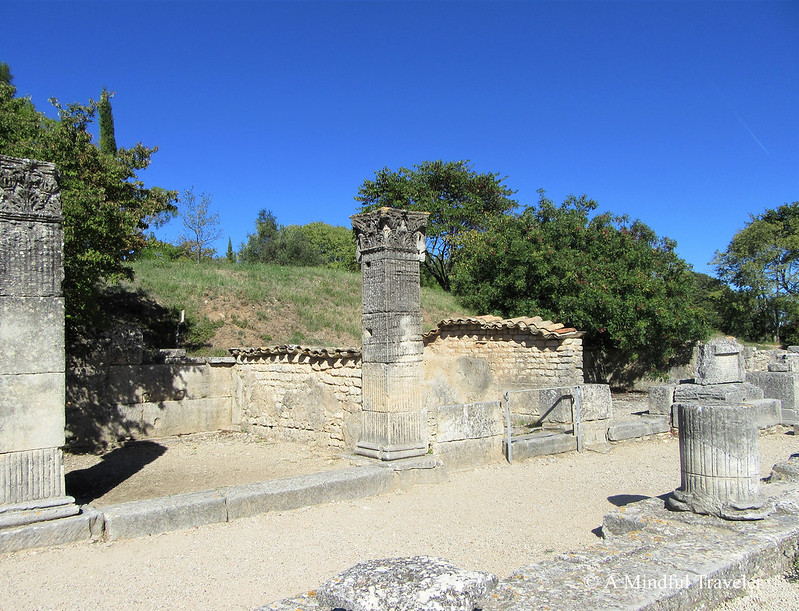 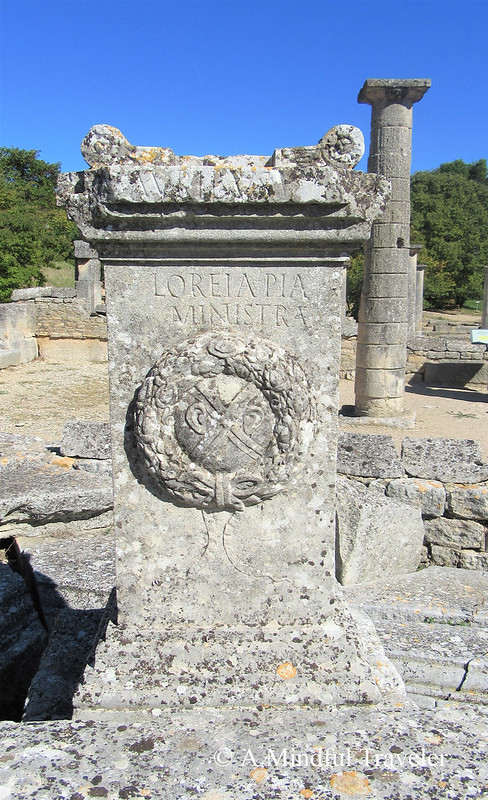 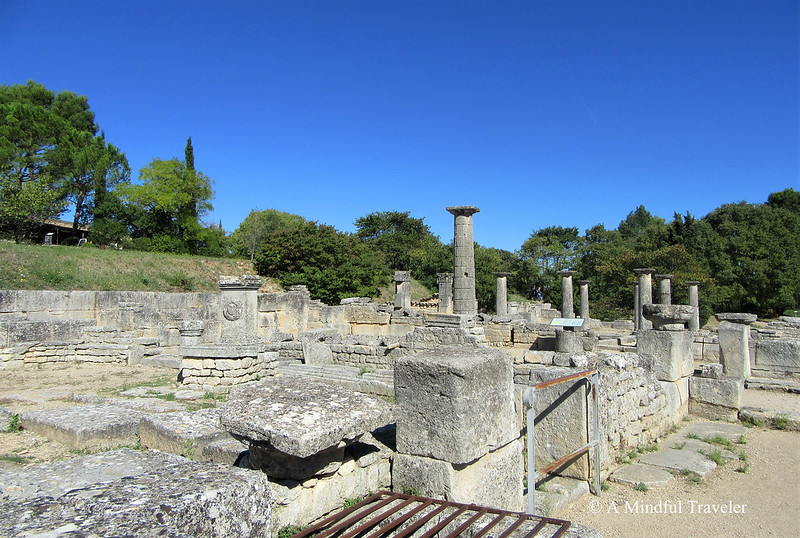 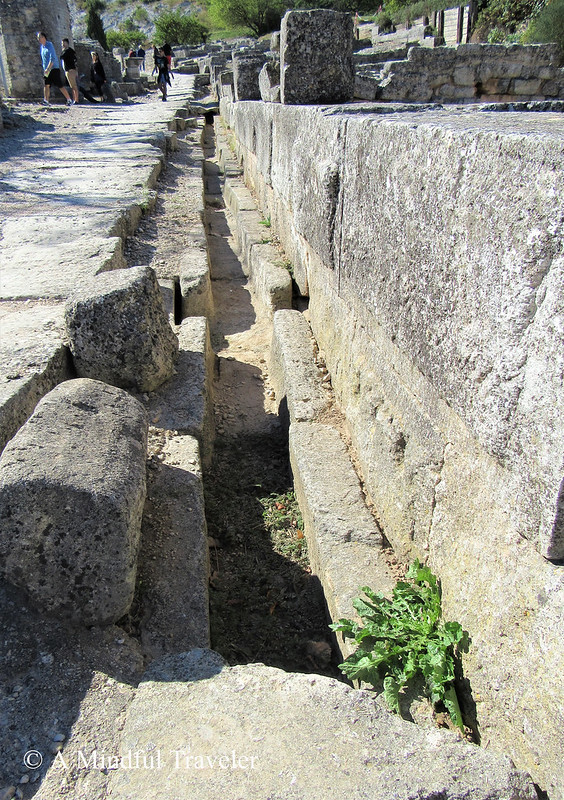 Glanum thrived until the city succumbed to the Barbarian Invasions and was finally destroyed in 260 AD.

Those who fled and escaped the invasions settled again a kilometer north. They rebuilt a new town using the stones from Glanum, and that town is now what we know as Saint-Rémy de Provence.

Upon entering Glanum, The Triumphal Arch and The Mausoleum, both built in the 1st Century, welcome visitors. These two grand monuments were known as “Les Antiques”, and were the only visible signs of Roman Antiquity in St Remy de Provence until the 17th and 18th centuries when other ancient objects were to be discovered in the vicinity. Unblemished through time these magnificent structures are amazing to see as you drive south from Saint Remy and head into the site of Glanum. 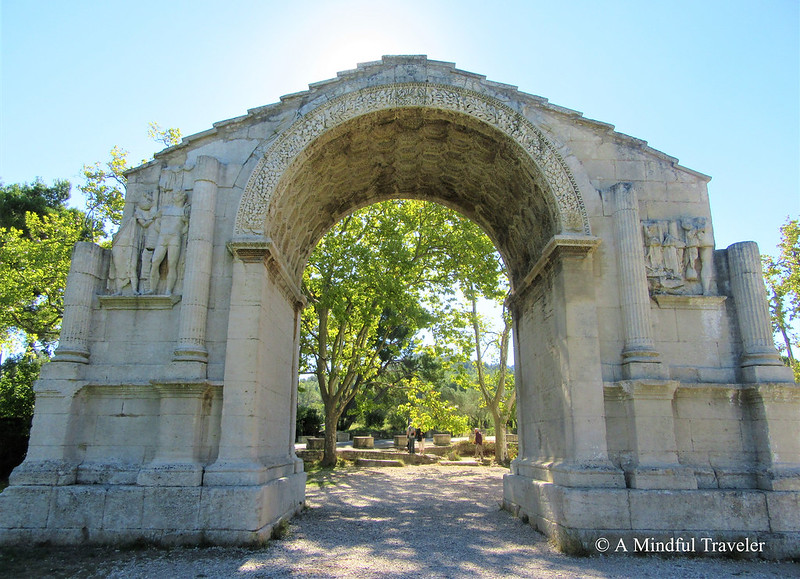 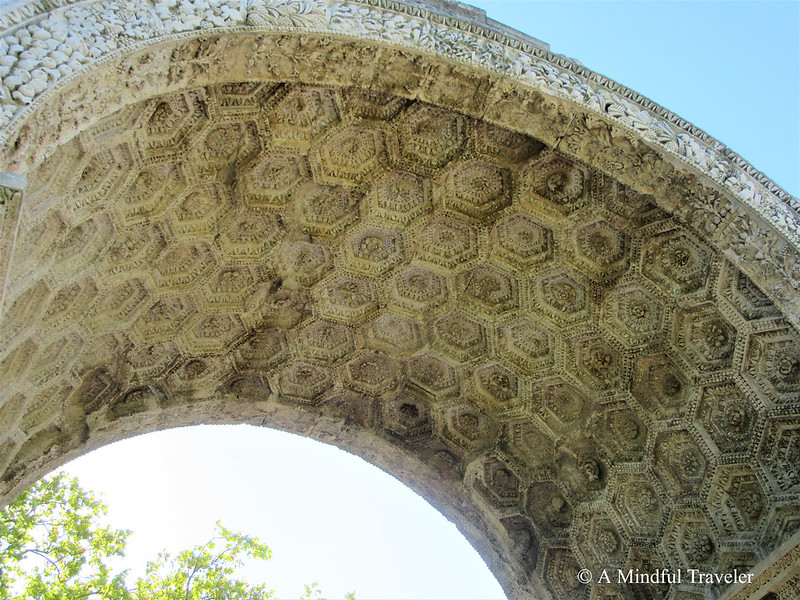 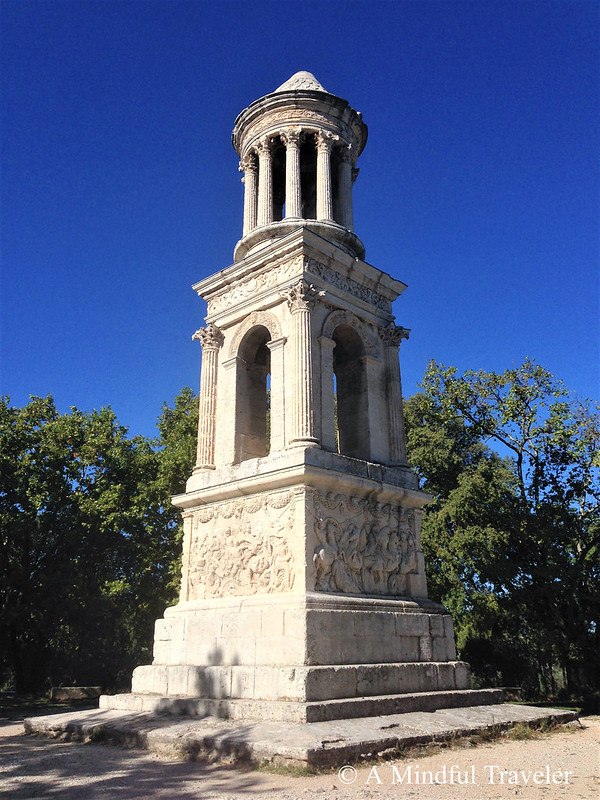 Glanum is an educational experience for any age. An excavated Roman city within the French countryside. Transport yourself back in time, walk the streets, visit the thermal baths, sit in the Forum and ponder for a moment what life would have been like all those years ago.

An impressive collection of artifacts, alongside educational tours, can be discovered at Hôtel de Sade in Saint Remy de Provence, which you can discover more about here. 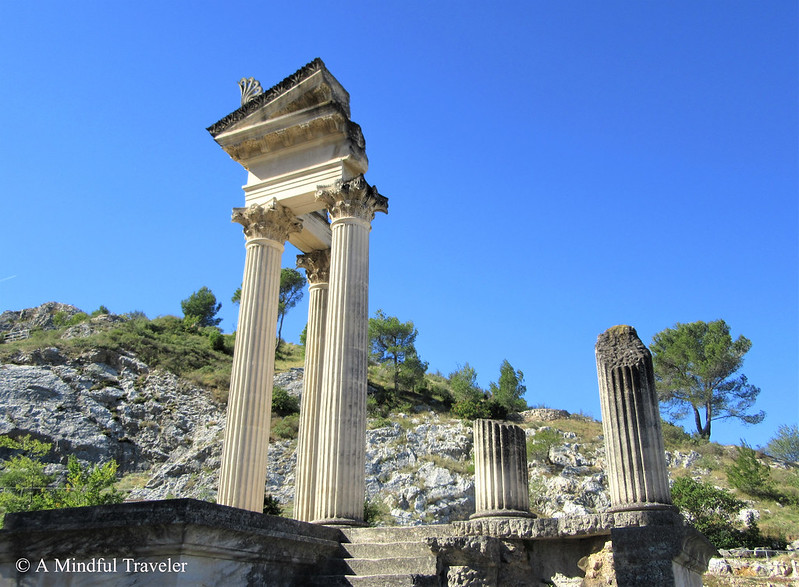 Last admission 30 mn before closing time.
The restaurant is open from April to September.

FROM 1ST APRIL TO 30 SEPTEMBER

FROM 1ST OCTOBER TO 31 DECEMBER

• Rest points during the tour and near the site