There are many articles with countless information about this wondrous city on Vietnam’s central coast, and rightly so. Hoi An is an exceptional city that deserves the recognition it receives. The ancient town of Hoi An, now a UNESCO world heritage site, does not boast the usual skyscrapers or transmit the heavy amounts of pollution as your regular cities do. Instead, it uniquely preserves ancestry and tradition, which in turn attract tourists from around the globe by the thousands. 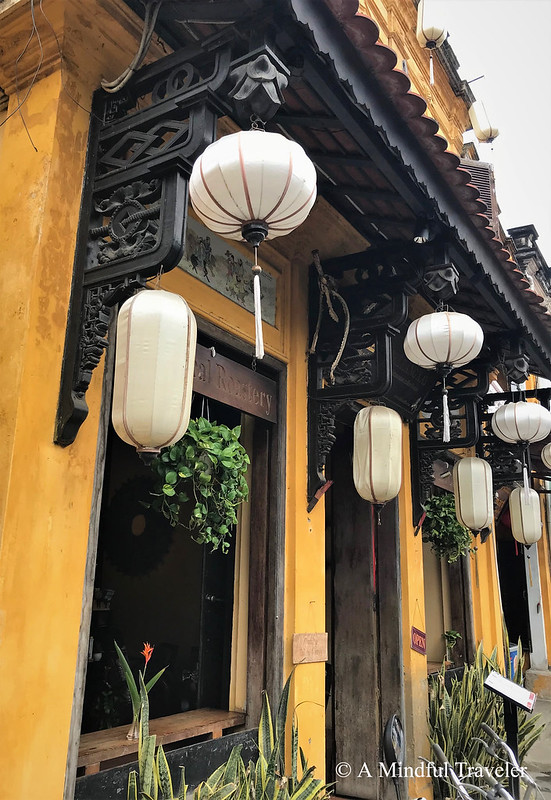 Dissected with many canals, the city which was once a major port prides the Thu Bon River as the centerpiece of this gracious city. Once upon a time, international traders from far exotic countries would travel to Hoi An harbor, a key stop on the Silk Road, to purchase fine ceramics. A glimpse of the rich ceramic history of Hoi An can be appreciated at the Museum of Trade Ceramics. Over the years as the French gained the rights for the next major port of Da Nang, Hoi An ceased it’s busy port by the end of the 18th Century, resulting in the preservation of the ancient city for over 200 years. 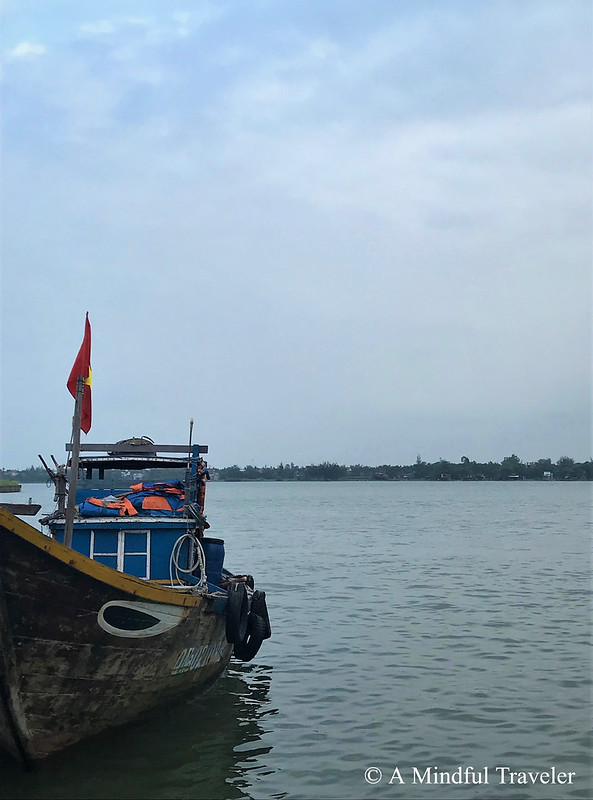 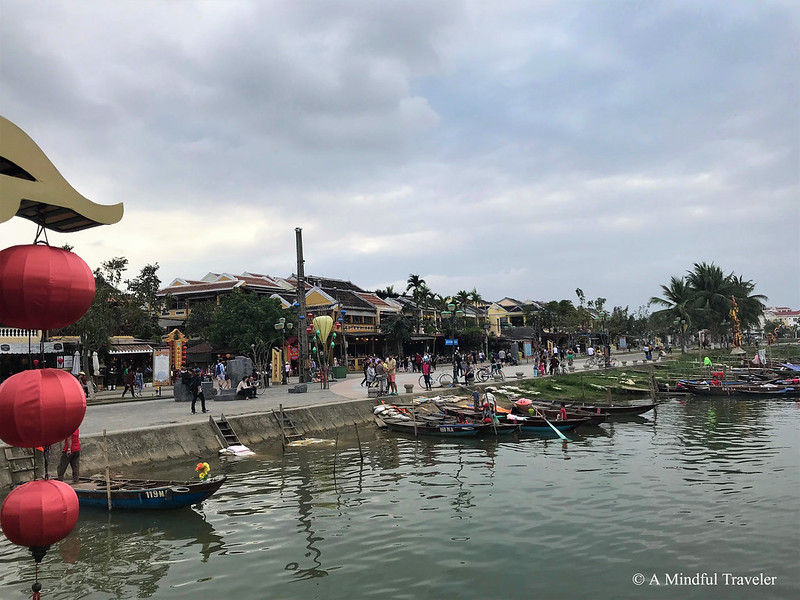 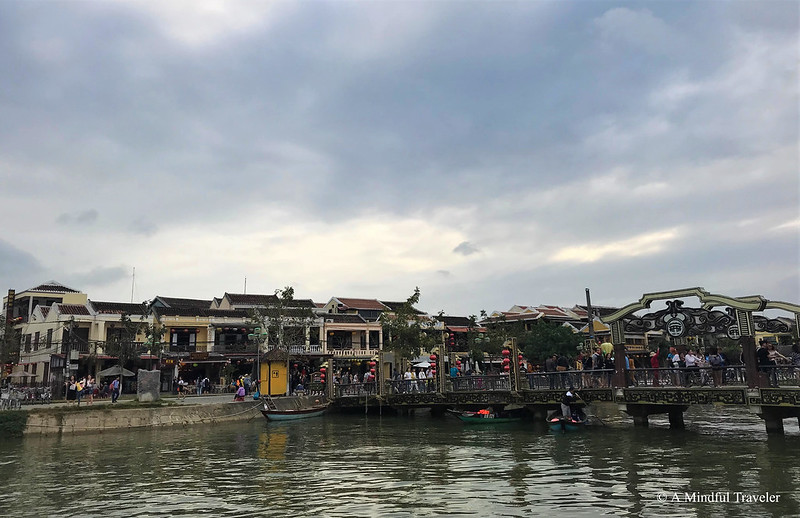 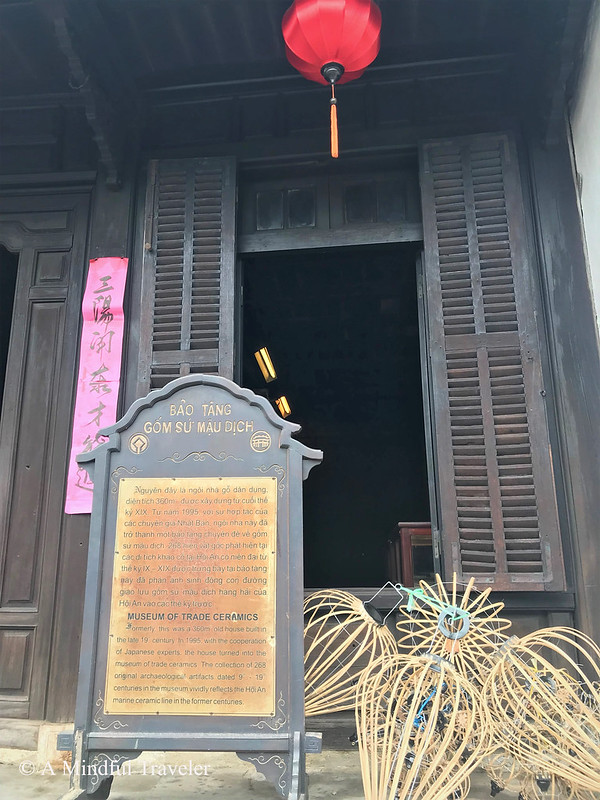 The stunning architecture, influenced by many different era’s and cultures are clearly visible. The iconic 18th-century Japanese covered bridge, with its ornately carved woodwork Pagoda features, represents the Japanese heritage of Hoi An. 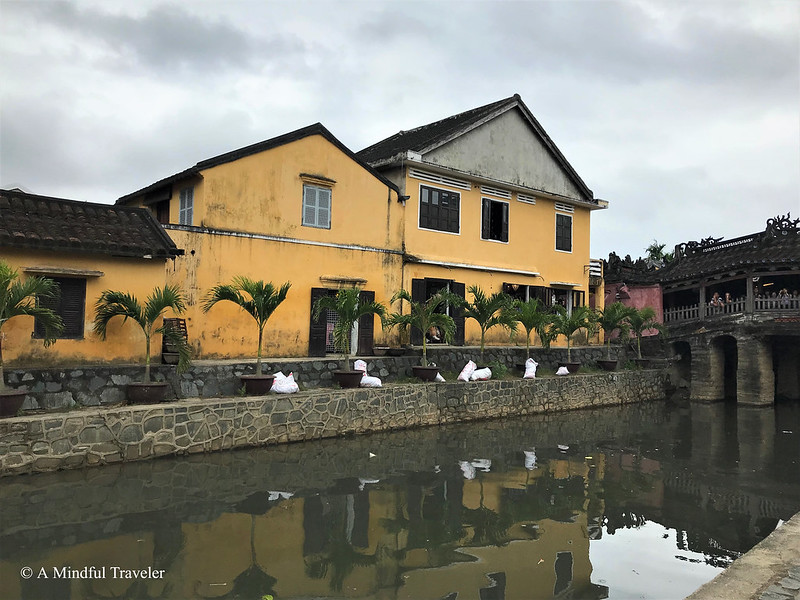 Chinese temples and quaint wooden shophouses, such as antique tea warehouses, demonstrate how important the Chinese influence once was. One of the most famous historical Chinese buildings is The Quang Trieu (Cantonese) Assembly Hall, where many local festivals are held each year. 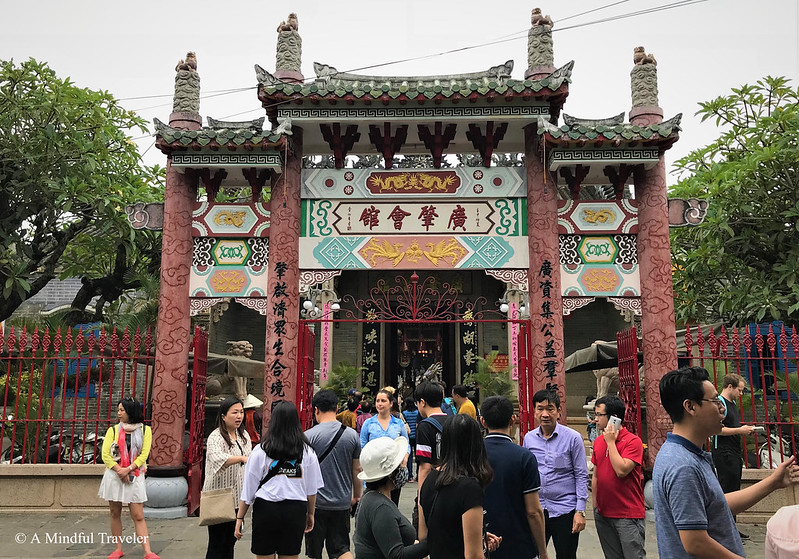 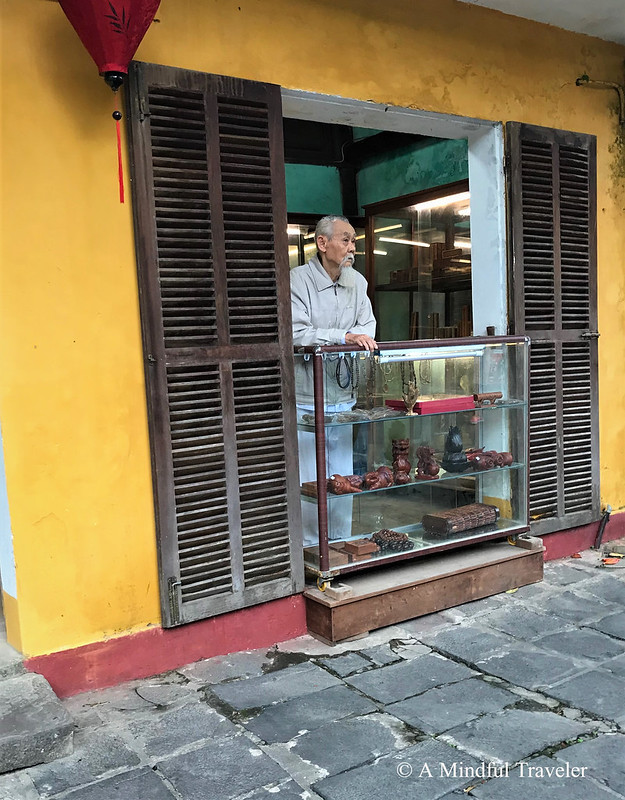 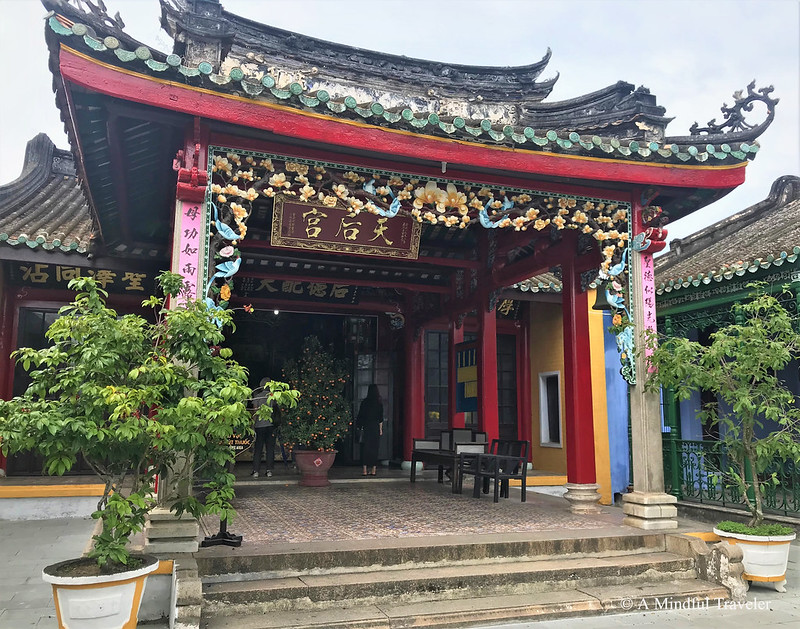 The impressive French colonial buildings, some of which were once lodgings to old Colonial officers, are evident in the Old Town. Though over the years the French styles were updated or modified by Vietnamese architects, the provincial style still remains. Tall, double story mustard terrace buildings with grand arches on porches emanate the French style facades. 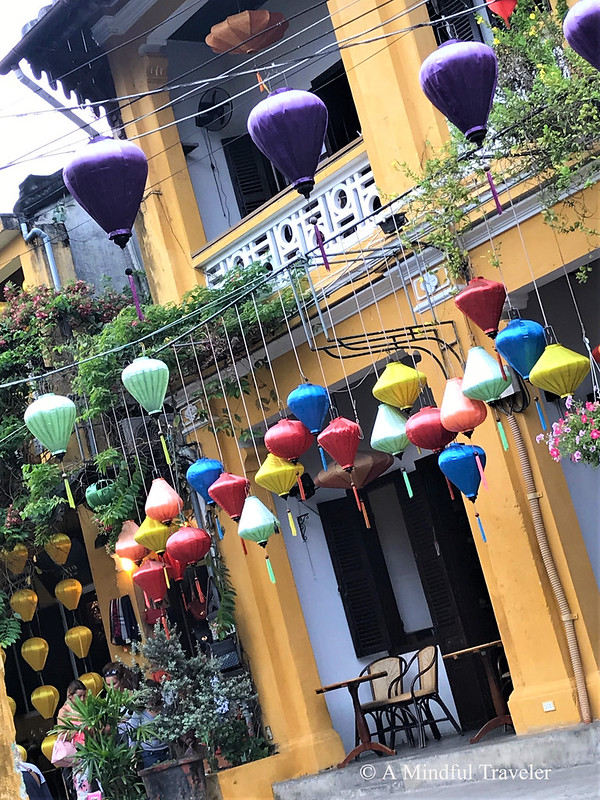 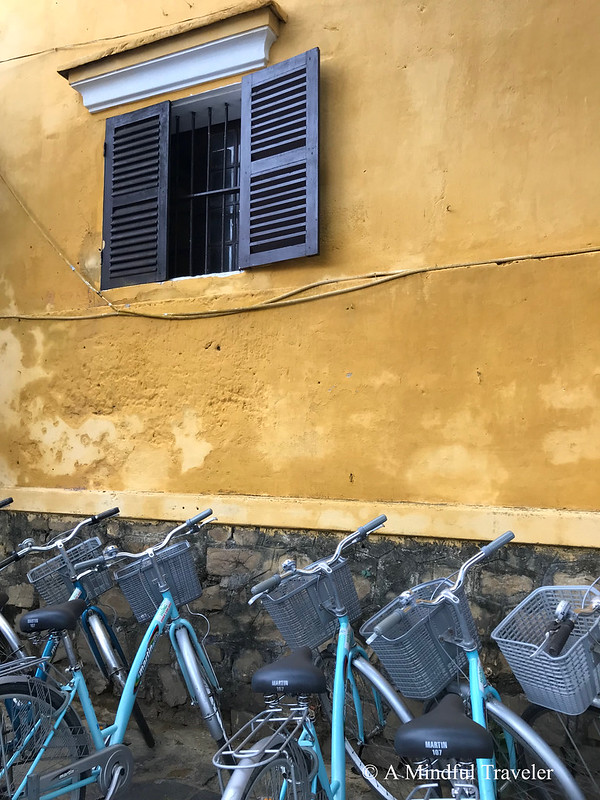 The electrifying atmosphere of Hoi An at dusk is indescribable. Thousands gather in the Old Town along the banks of the river each evening in anticipation for a spectacular apparition of luminosity.  Sipping on cocktails in the nearby funky bars or classy restaurants overlooking the river enables a prime position to take in that special moment. Local Vietnamese boats drifting up and down the river illuminated by lamps and pretty colored lanterns creates that unforgettable magical atmosphere. At certain times of the year, you can also buy beautiful floating lanterns and release them onto the river at night, commemorating particular festivals or offering worship to ancestors or certain Gods. 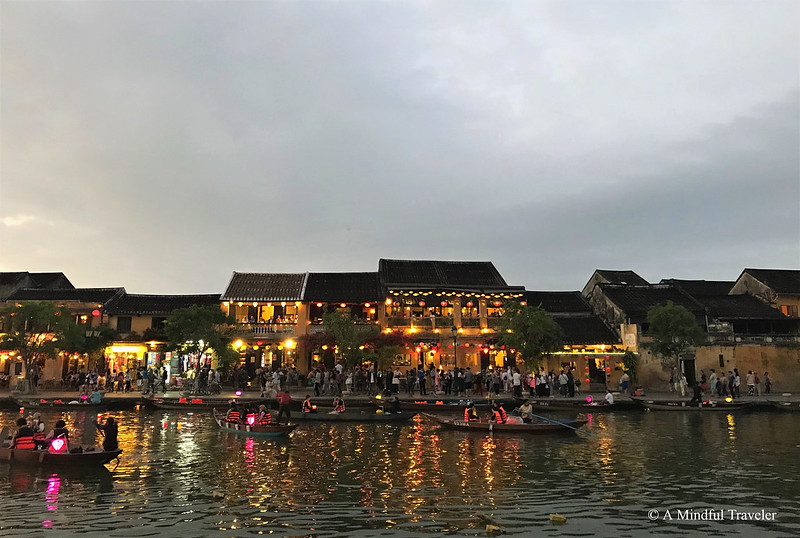 Explore this foodie paradise by bicycle. Most accommodation in Hoi An offer bicycles to residents as the main center of Hoi An is car and motorbike free.  The fantastic fresh food and flavorsome dishes of this region are imperative to taste, such as the famous Banh Mi (Vietnamese Baguette) or Cao Lau (pork broth with vegetables and noodle). Why not try a cooking class while in this culinary capital? 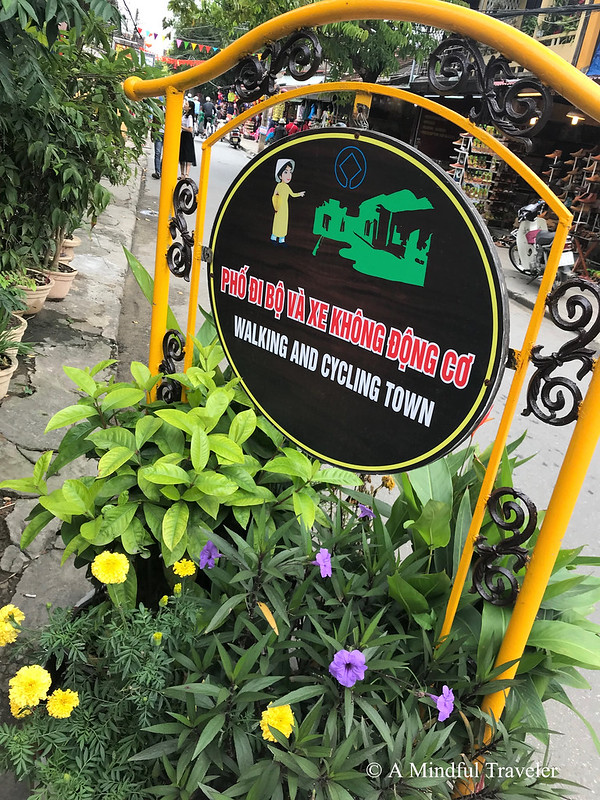 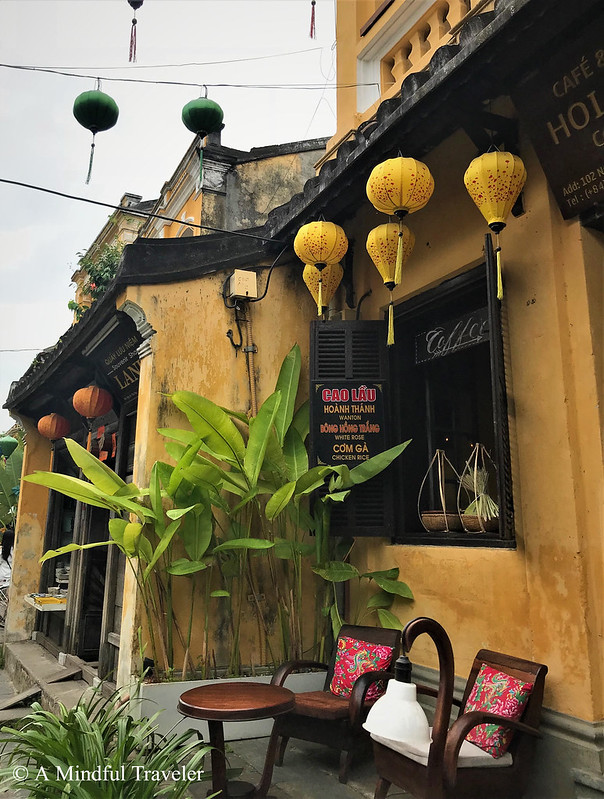 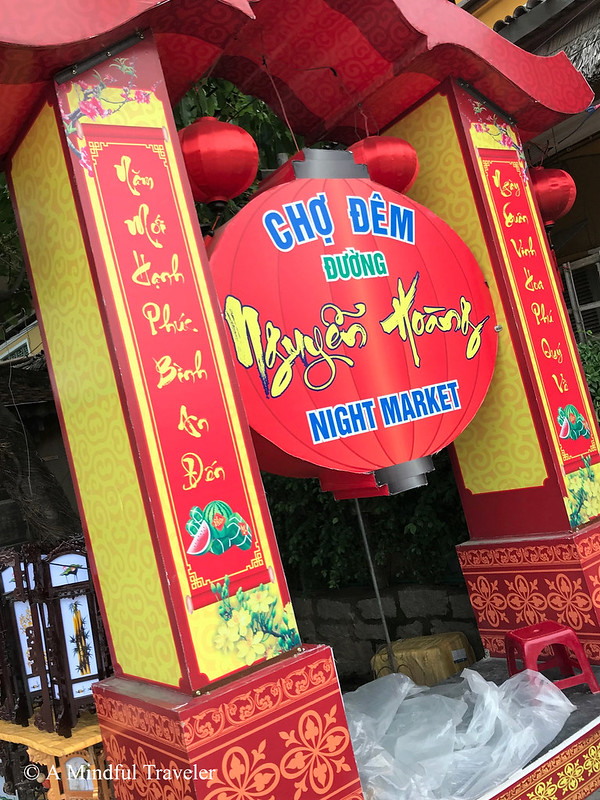 Upon visiting Hoi An, be prepared to be bewildered by the number of tailors within the city. It is relatively cheap to have clothes individually made by skilled tailors, who use quality fabric from all areas of the world. Among the tailors are also shoemakers, but make sure you do your homework as there are also plenty of scammers out there who will take you for a ride!

For me, Hoi An represents simplicity. An ancient destination of historical value frozen in time. Its beauty and charm are mesmerizing, capturing the hearts of each and every one of its visitors. Its friendly people are enduring, sharing their unique individual stories and offering a little piece of their remarkable world with us. 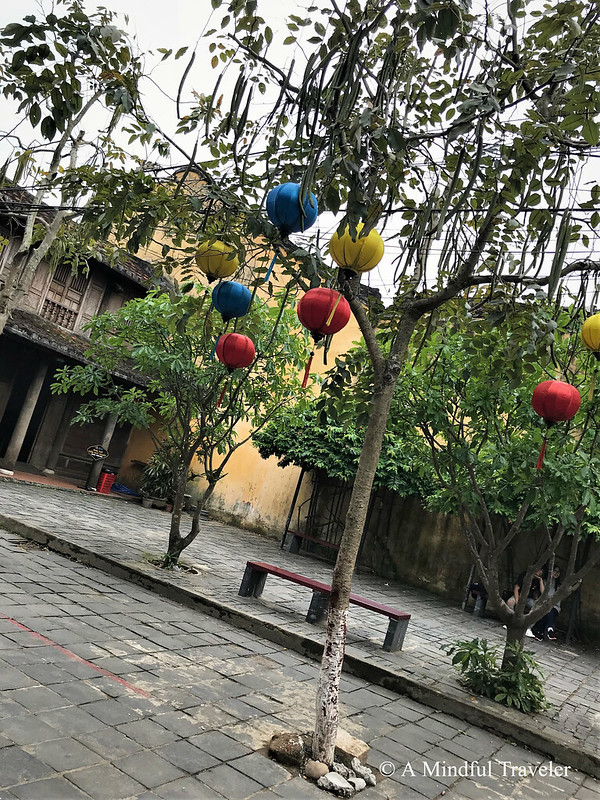 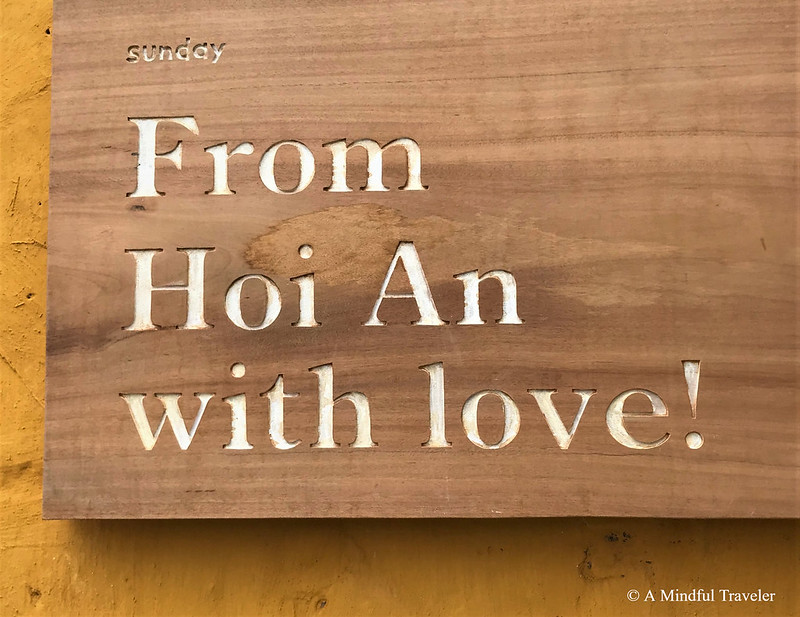 February to May as the best time to visit. Hoi An is relatively mild and experiences hot, dry weather from May to late August with more rainfall from September to January, with the wettest months being October and November. Vietnam has a tropical climate.

How to get there:

Language: Vietnamese. English is spoken and understood in most tourist destinations and attractions.

61 comments on “The Ancient City of Hoi An, Vietnam”